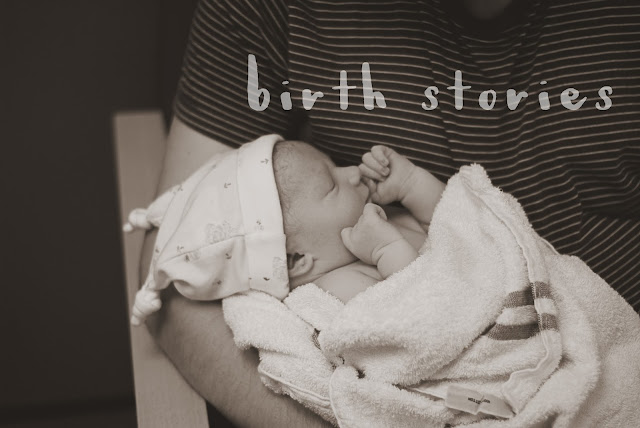 It’s Friday and time for another birth story. This weeks is from my mum again. I’ve broken up her stories into 3 parts. Last weeks was my sisters, this week will be my brothers and then mine. I’ve broken it down this way because my sisters and my birth story are longer than my brothers. They were my Mum’s quickest and easiest labours.

We had a very quiet Christmas because our second baby was due on 12/1/86. I would have liked a Christmas Day baby. I had had one scan this time but they couldn’t tell if the baby was a boy or girl. I had heart the baby’s heart rate this time. 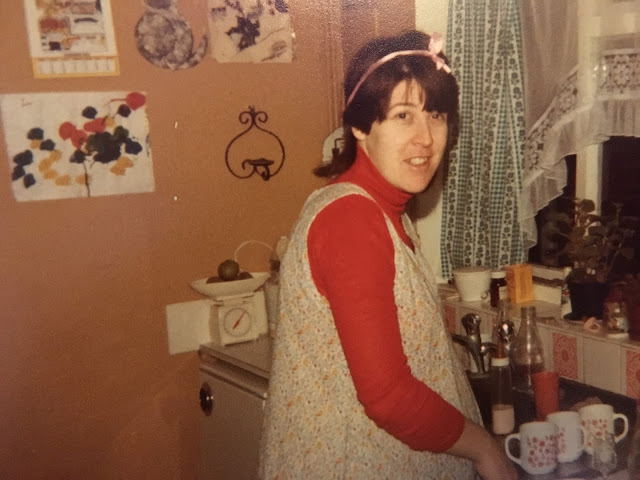 I woke on the morning of the 9th January with a few tummy pains, but because my first baby was induced I didn’t really know that they were labour pains and they were not consistent, they kept coming and going. I cooked my husbands tea but as soon as he walked in I said I think we need to go to the hospital. It was a brand new maternity ward at the hospital this time. I called my Mum to tell her that we were going and we would drop off a 3 year old Shelly on the way. I called the hospital and they said to come in straight away. So off we went.

When we got to the hospital I was hooked up to the heart rate monitor, but suddenly the contractions slowed down and stopped. The midwife called the doctor, who said she would set a drip to start the contractions again, but she said that quite often they don’t need to turn it on because the suggestion seems to start things up again. Sure enough she was right. The contractions started again.

I didn’t have to have the dreaded enema this time. I don’t know if it was because there wasn’t time or if by then they didn’t do them.

This time labour was quick and at 9pm a baby boy was born. We called him Richard David and he weighed 8lb 2oz. His skin was very wrinkled and the midwife asked if he was overdue, because that’s what babies skin goes like. In fact he was 3 days early. 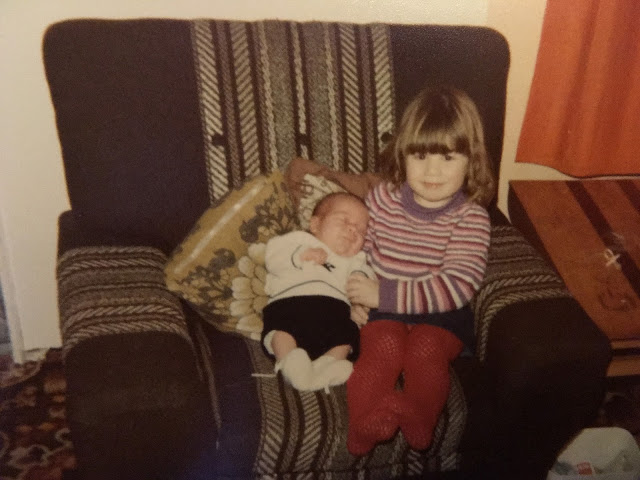 This time I was in hospital for 2 days before being allowed to take Richard home. Oh by the way, my husbands tea had disappeared from the oven by the time I got home. I never did find out what happened to it. 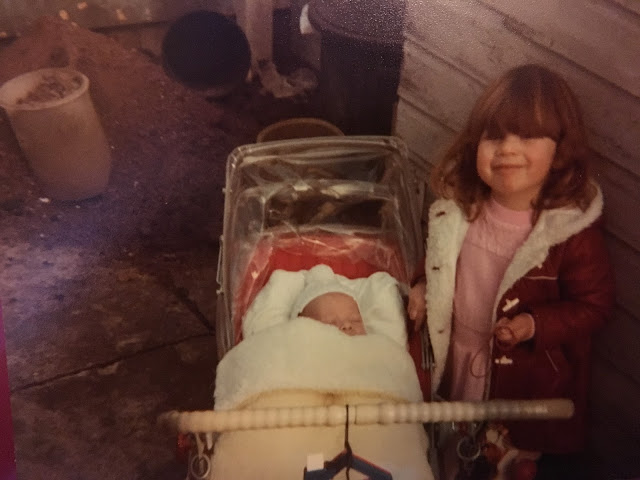 Baby number three was due on the 12/7/89. My Dad’s birthday was on the 13th of July, so everyone was hoping for an arrival on that date. This time I had had two scans during pregnancy but I still didn’t find out if my baby was a boy or girl. I’m not sure if they could have told me or if the equipment was not able to tell.This baby was also my first summer baby and the last 2 weeks of pregnancy had been very hot. My legs swelled to the size of tree trunks.

So I was quite pleased when I woke up on the 10/7/89, with the now familiar pains. I woke my husband up and we got two grumpy children up and over to my Mum’s. We arrived at the central delievery suite at 5am.

Just as we got into the room my waters broke. My husband said “Good job that didn’t happen in my car!” I just glared at him. by now I wanted to push so badly but the midwife said it was too soon and for what seemed like hours, but was in fact only minutes, I had to try not too, easier said than done.

I didn’t know if we were having a boy or girl but it didn’t matter because we already had one of each but I think Shelly would have liked a little sister. Richard was sure it was a boy and had already picked out his name. 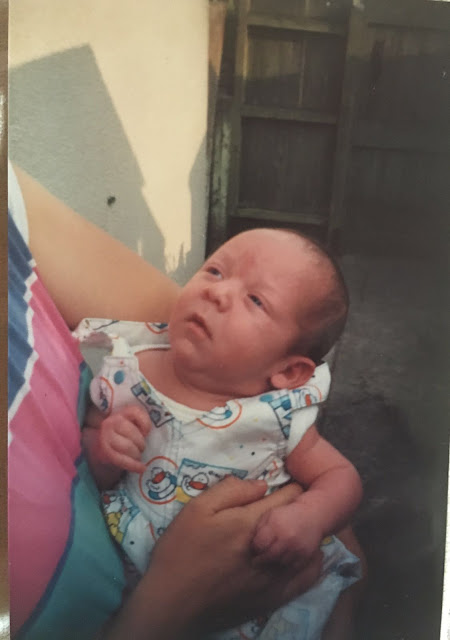 At 6;45am a little angry screaming boy arrived. Boy was he annoyed, he screamed and screamed. People popped their heads in the door to see who was making all this noise. Oh did I say little boy. He weighed 10lb 8oz, not so little. We called him Jamie Alan. Jamie was the name his big brother had picked for him. After a 24 hour stay in hospital I took my large baby home to his family. 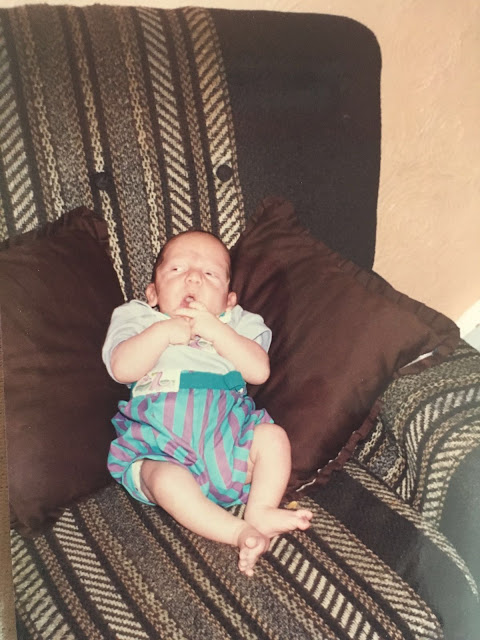 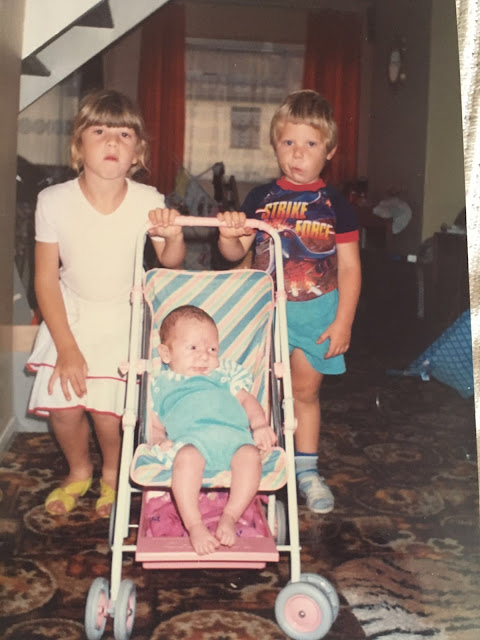 9 Facts on What It’s Really Like to Breastfeed a Toddler.